News
September 10, 2017January 3, 2018
Posted By: Admin 0 Comment
Commander-in-Chief of Defence Services Senior General Min Aung Hlaing, accompanied by Commander-in-Chief (Navy) Admiral Tin Aung San, Commander-in-Chief (Air) General Khin Aung Myint, senior military officers of the Office of the Commander-in-Chief (Army) and the Yangon Command commander, visited Thilawa Special Economic Zone in Thanlyin Township, Yangon Region, this morning.
At the administration office of Myanmar Japan Thilawa Development Limited, Japan-Myanmar Friendship Association Chairman Mr. WATANABE and company CEO Mr.Yanai reported on the establishment of Thilawa SEZ, the establishment of 1,000 acres of Zone-A out of the 5,930 acres of the total area, signing of the agreements with 84 companies and the start of the work with 34 companies, import substitute and export activities in the zone, plans to sign agreements with about 150 companies, jobs for around 40,000 people, the establishment of one-stop service centre, regional development and environmental conservation tasks.
The Senior General asked what he wanted to know and gave advice on the establishment of a green zone in the project area, cultivation of windbreaks and shade trees and consideration of accommodation, health and education for around 40,000 employees.
Then, the Senior General and party viewed round Thilawa Special Economic Zone in cars. This morning, the Senior General and party inspected thriving crops in the Green House Agriculture Zone in local naval region command headquarters in Thanlyin Station. The officer-in-charge of the zone and officials conducted the Senior General and party round the zone.
After hearing the reports, the Senior General gave instructions that as nature of the green house, crop plants need proper ratios of sunrays, water and fertile soil. Growing crops with layers in the green house can save utilization of land plots as well as that of water. Cultivation of crops with the use of the green house can produce various kinds of vegetables in all seasons for consumption. It needs to choose rare and valuable species of vegetables such as Chinese kale, broccoli, carrot and mushroom which can be cultivated at the ordinary plantations. And, the Senior General urged officials to grow quality strains of drum stick, banana and papaya plants in the agricultural zone.
After that, the Senior General inspected crops and fruits produced from the green house and then visited the green house. 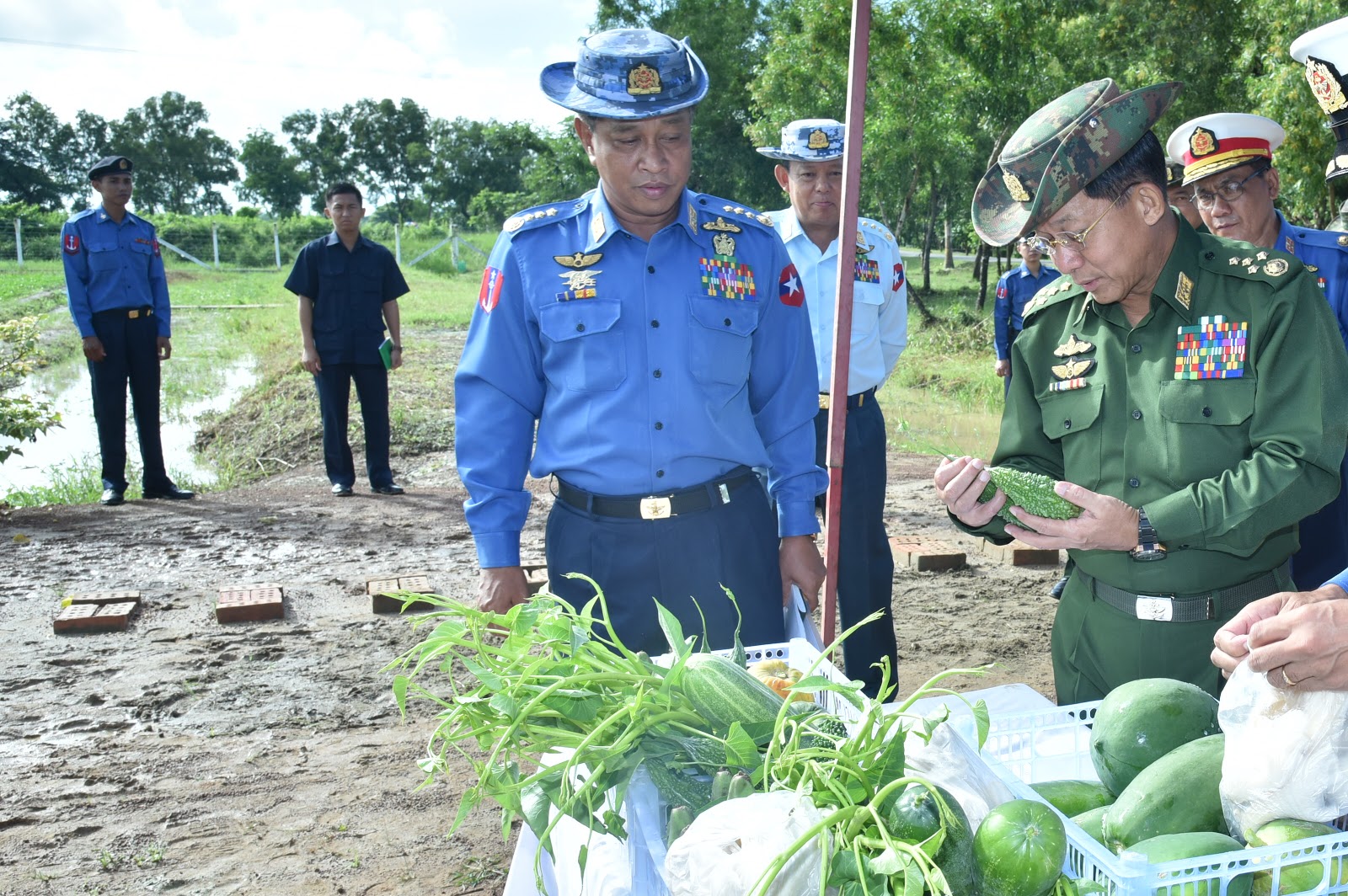